WHAT IS CANDY KRUNCH?

Candy Krunch is a 2D puzzle game realized during a game jam of 36 hours with theme « Tycoon ». The team was composed of 4 people. In Candy Krucnh , player must feed monsters with specific candies. Those candies arrive from travolator. Thanks to specific directional pieces (which must be placed between travolators), candies can change their position and jump to one travelator from another.  The game is an endless run: it only stops when too many monsters are not satisfied and don’t get the relevant candy.

The challenge come from the anticipation of candies’ position and the timing to place directional pieces. Candies can fusion: if two of them collide (by being present on same place at same moment), they turn into a joker candy that always feed and satisfy monster (whatever is requires). 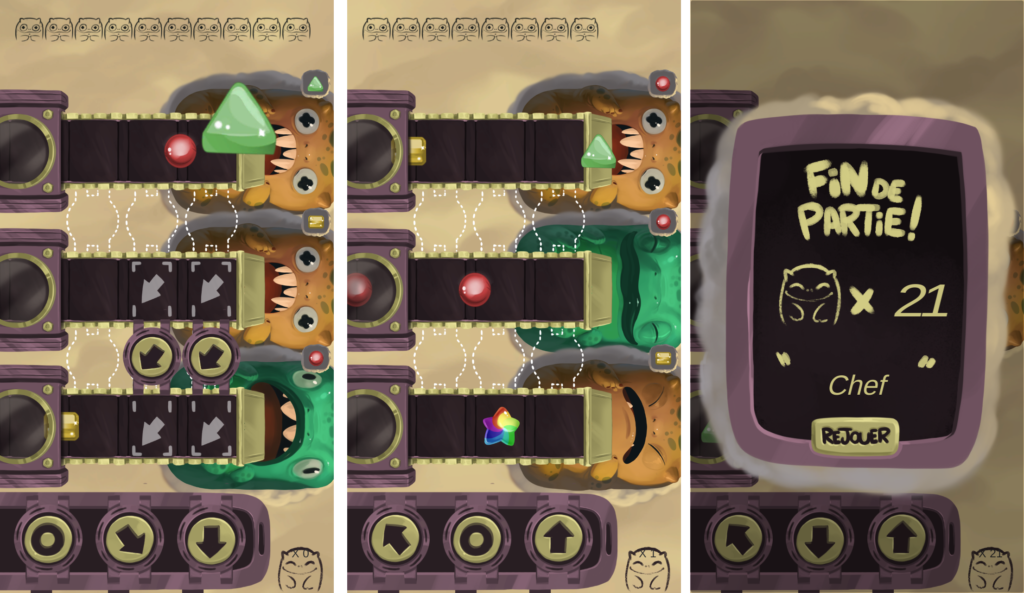